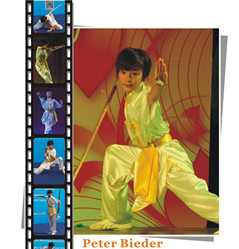 Peter, a middle-school student at SHSID, has been fascinated by Chinese Kung Fu. He started the practicing of martial arts when he was a little boy. From the perspectives of his teachers and classmates, Peter is a polite and reliable boy and sometimes a little introvert. He enjoys his school life at SHSID and actively participates in activities like the school Art Festival, Chinese Culture Week and Charity Fair. Studying at an international school, he illustrated a good example of a perfect combination between the western culture and the traditional Chinese culture. He was invited by the organizing committee to perform martial arts at the opening ceremony of 2013 Shanghai International Education Expo to show how Chinese culture can play an important role in China’s international education.